We began studying the eastern North American population of golden eagles in 2005 to understand their ecology and movement behavior in relation to wind energy development in the Appalachian Mountains.

This project is a large collaborative project of the members of the Eastern Golden Eagle Working Group, of which Trish Miller is a founding member. 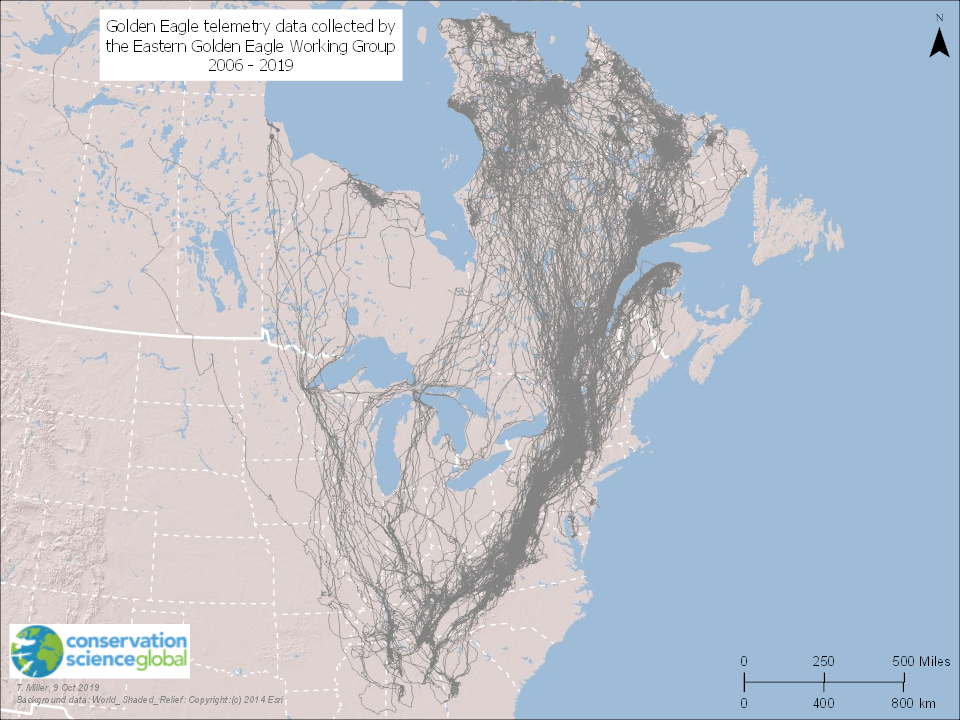 This study examined the intersection between migrating Golden Eagles and wind turbines in three regions of the Appalachian Mountains in Pennsylvania. During migration, Golden Eagles and other birds concentrate movements along the ridges of the region. These same ridges are where wind energy development occurs. To better understand the potential consequences to Golden Eagles from wind energy, we created maps showing where eagles were likely to fly at low altitudes during spring migration and where wind energy was likely to be developed. We then overlaid these maps to show where eagles may be most at risk from wind energy, where we considered risk to be both direct (i.e., risk of mortality or injury from collision) and indirect (e.g., risk of habitat loss, avoidance, etc. from habitat modification)

We studied migratory movements of Golden Eagles to better understand the influence of weather, topography, and experience on flight behavior. Understanding the mechanisms that influence behavior are important for conserving eagles in the face of wind energy and other obstructions to flight.